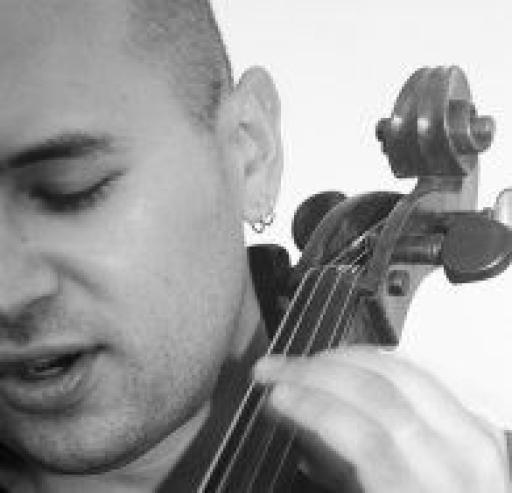 I'm a cellist living in Southern California who has been playing the cello in rock bands for many moons trying to prove that the cello is the most versatile, if not the greatest, instrument ever created. After years playing cello in various bands in New York, San Francisco, and Los Angeles, I began focusing on evolving a technique on the cello that allows me to strum, pluck, and generally abuse the instrument in order to use the cello by itself as the backbone of my original songs. In 2007, I released "Wabi Sabi", my debut album on DuckHole Records showcasing this style of singer-songwriter cello playing (available on Amazon.com, Borders.com, iTunes, CD Baby.com). My second solo album, "The Miracle Mile", is due for release in the fall of 2009 and features new songs, larger arrangements, and every new trick on the cello I've picked up during the two years between albums. With the album now finished, I'm back to playing live as much as possible -- I'm looking to play any time and any place I can, so if you are a booking agent or another band looking for a multi-genre cellist to gig or record, feel free to drop me a line (celloboy7@gmail.com). I'm professional, experienced, and always interested in playing whatever comes my way.