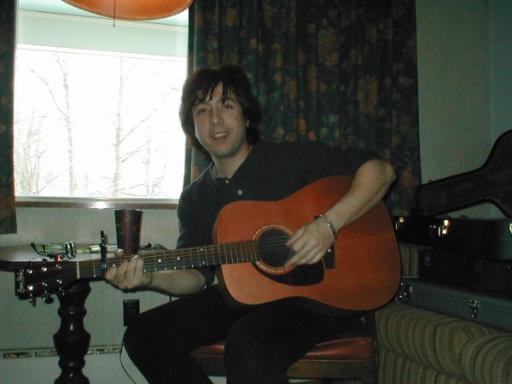 South Florida--This Brooklyn born entertainer has spent the last 20 years traveling the globe in search of people to connect with, places to sing and for spiritual inspiration, growth and Ministry.

He has the prestigious honor of portraying one of the world's most beloved pop artists' “ Paul McCartney.”

Touring with the cast of "Beatlemania" along with several other national and international Beatles Tribute acts for the past 12 years.

Ricky is also currently touring the U.S. performing songs from his first solo CD titled "The Ricky Vacca Project" which has sold over 5500 copies solely at performances since it was released early 2001.

With a full band and production, it is a poignant contrast to his 2nd release titled "pobox 402" which is more akin to his live shows. Selling over 3500 copies since it was released in 2002.

Currently in the studio working on his first CD in over 2 years, Ricky has compiled the most requested tracks from the first 2 CD’s as well as some live performances and issued “Songs For Sale” which is available at all his shows as well as by E-mail at Ricky@rickyvacca.com.

With only guitar, harmonica and a voice that speaks right to your soul, he weaves a tapestry of stories and images as he shares his life's experiences. Both in warm, funny stories on stage and in song.

Simple yet haunting, his melodies are supported by some beautifully animate and emotional lyrics.

Ricky has been heard on both independent and college radio stations throughout Long Island, NYC and the USA.

His loyal following agree his personality is warm, friendly and very appealing. There is something for all who listen to this man.

" My life’s purpose is to sing, entertain, connect and share my Heart. To be truly present for other people. Ministering   for God, prayerfully bringing some Joy, Peace and healing to this weary world."--- The East Hampton Star

Singer/Songwriter, Entertainer. A real voice and heart for a new generation of troubadours.