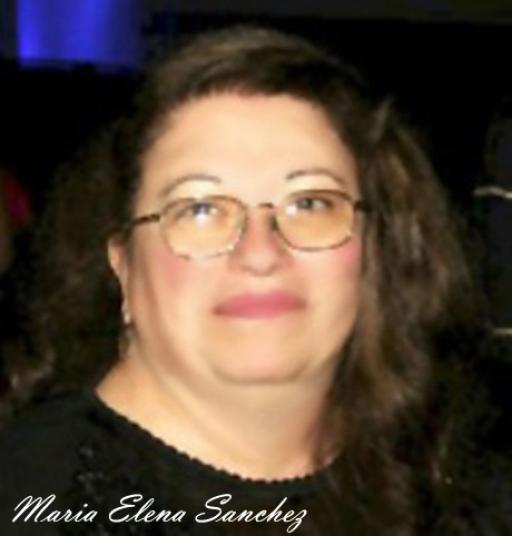 Maria Elena Sanchez was born in Cuba, raised in NYC, lived for some years in Miami, and now resides in Houston, TX.  Maria Elena started her musical career in her 20’s as a solo singer - she has been a church choir director and pianist/organist, piano teacher and aside from her music, a published poet - maybe that’s why lyric writing came easy to her.  Maria Elena's musical background encompasses this country's wide and diverse eras of rock music, as well as her Spanish heritage, which is demonstrated in her varied musical arrays of songs – her composition style being unique. Now she wants to share and inspire with her love of music, everyone - her goal being to have her music heard and sung all over the world.