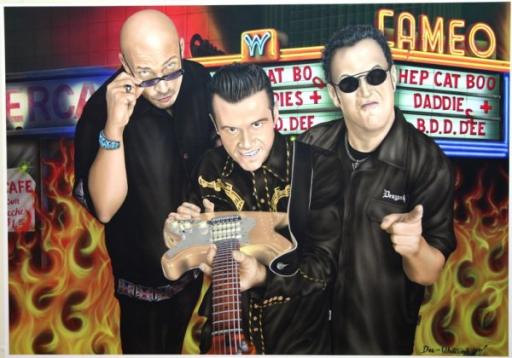 The Hep Cat Boo Daddies have been together with the same original members for over 14 years. HCBD are known for their raw edged and unique style and have won many awards. They combine both original and cover tunes and incorporate a wide variety of styles including blues, rock, surf, funk, and rock-a-billy for a great combination of high energy rock that electrifies their fans, who affectionately refer to them simply as "The Boo Dads." The unique hybrid style of the band is appealing to a wide variety of music lovers who are ready for something besides straight blues or rock. The Boo Dads have performed at such events as the Toys in the Sun Run, several tattoo expos, The Ft. Lauderdale Blues Festival, City Link Music Fest, Franipalooza, Sun Fest and clubs throughout Florida.

Not only have they won many awards and the respect of the local music community, they have also had the honor of opening for many great national acts.  Some of those acts include: Jimmie Vaughan, The North Mississippi Allstars, Leon Russell, Edgar Winter, The Reverend Horton Heat, The Robby Krieger Band, And Etta James.  Their debut CD titled "Long Time Comin'" was released in October 2002 on Mosher Street Records..  They topped off 2002 by opening for BB King on December 27th in Pompano Beach and also New Year's Eve in St. Petersburg.  They were honored to open for him again New Year's Eve 2003 at the Jackie Gleason theater in Miami!

On November 18th,  2004 The Hep Cat Boo Daddies opened for Colonel Bruce Hampton at the Riverwalk Blues Festival. The band was smoking, the entire set was recorded live.  The band has the entire show mixed and planned on releasing the "Live HCBD" in Sept. of 2005, but opted instead to go back into the Studio and put out a premium studio CD and release a 2 hour DVD. The new studio Cd "hotroadsexgod" was previewed to South Florida audiences at the Hollywood Playhouse on Dec. 9th, to a sold out theater, and is being released nationally in the late spring of 2007, HCBD released the DVD, on Feb. 5, 2006 @ The Riverwalk Blues and Music Festival.

After 14 plus years together as HCBD, the band has decided it's time to get to the next level.  We love our South Florida fans, but want to bring our music live and on CD to music lovers all over the United States and The World!!  We want to thank Jerry Blum of Mosher Street Records for all his hard efforts, loyalty and support, getting the band to have a major internet presence and presenting our music to thousands around the globe.  Now it's time to get serious about this band we will call HCBD, The Hep Cat Boo Daddies....because we know that we are different....we know that you, our fans know we aren't your grandmother's pick of favorite performers...but you also know no band you ever heard does what we do......yea we ain't no polka band...so put HCBD in your CD player and crank up the volume!!... or better yet get on your best party clothes and dancing shoes... and catch us live at your favorite live music room.   Heh... and if the bar you go to doesn't have us on the bill....tell them check out THE HEP CAT BOO DADDIES.NET to Rock Thier House!!

Don't Be A Fool 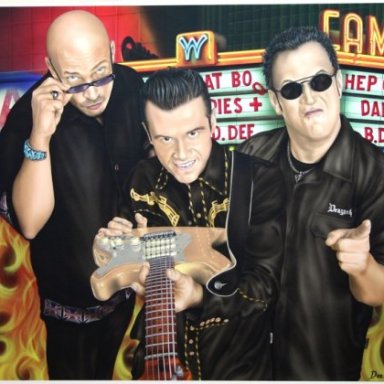 Don't Be A Fool